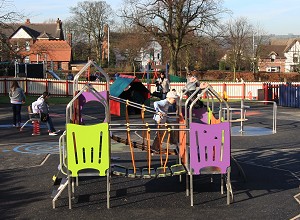 During December 2006 the equipment in the Infants Play Area in Marple Memorial Park was destroyed by arson. Soon after the Friends of Marple Memorial Park began seeking to replace the equipment, which was sorely missed by the young children of Marple and their parents. It was decided that the bark-filled former boating pond would also have to be filled in, which increased the costs considerably.

The Friends managed to raise £3,363, approximate 10% of the total cost, through fund-raising at local events and donations from within the local community. These efforts inspired Stockport Council to make a major contribution for the balance of the project costs and the installation of new equipment was completed by early 2008. 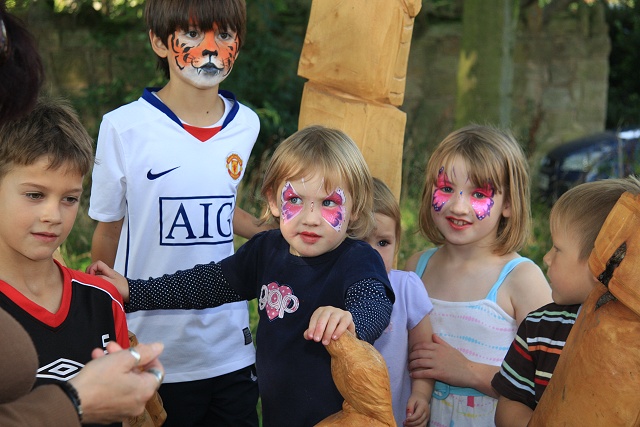 In 2007 the Friends successfully applied for a grant of £6,460 from the Big Lottery Fund as part of the hugely successful BBC-led Breathing Places campaign. The campaign, driven by BBC's Autumnwatch and Springwatch programmes, had enthused and energised thousands across the country to get involved in community projects to make space for nature.

Our project was developed in partnership with Stockport Library Services and the Council's Parks and Recreation Team to improve and enhance the woodland area behind the Marple Library for both wildlife and people. The incorporation of a circular reading area with full disabled access penetrating into the woodland created an outdoor 'room' to provide a window into the natural wildlife habitat surrounding it. 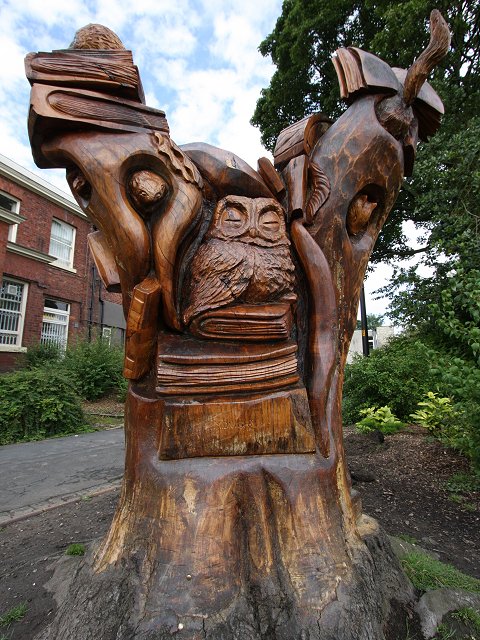 In December 2006 the Friends were keen to develop a positive outcome after the demise of a large Copper Beech tree and arranged for sculptor Andrew Frost to provide them with a design using a nature and knowledge theme featuring animals and books. Local schools were consulted and children submitted ideas for the design and chose a name for the central owl character.

Over £3,000 worth of funding was raised, allowing Andrew to begin work at the Marple Locks Festival in July 2007. The main sculpture was completed later that summer and the ground sculptures soon after. Installation was delayed until the summer of 2008, when a joint launch with the Breathing Places Reading Circle behind the library was held in September 2008. 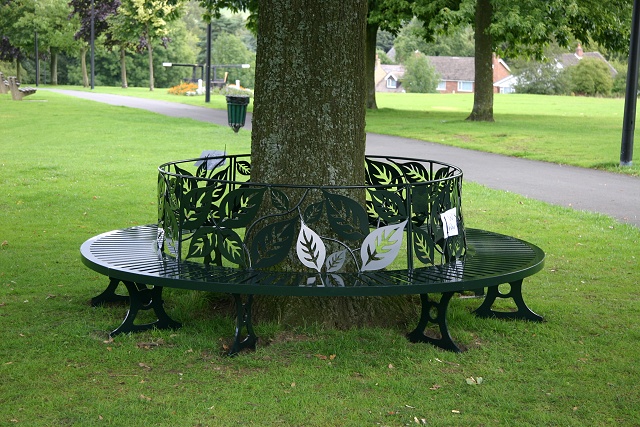 In August 2005 the Friends learned that the oak tree next to the main path running through the park was planted as part of the Queen's Coronation celebrations in 1953. A plaque was fitted at the time but at some point during the intervening years this was lost.

Initially it was proposed to simply replace the missing plaque with a new one but the idea gradually developed into something more. Now it is possible sit and take in the tranquility of a game of bowls, the bustle and activity of the skate park, the beauty of the ornamental trees and flowerbeds, the War Memorial and, on a clear day, the magnificent views of the distant hills, all from the comfort of our "Coronation Bench".