The land for Marple Memorial Park was given by the Carver and Barlow Families of this Parish in Memory of the men of Marple who fell in the Great War 1914 - 1918 and the laying-out was done by Public Subscription. The park was formally opened on 22 July 1922 with a Dedication Ceremony and Historical Pageant attended by thousands.

During the centenary years of 2014-2018 Friends of Marple Memorial Park felt it was important to remind people why the park came into being and to commemorate and acknowledge the sacrifices made by these men and the suffering of communities in Marple and across the country 100 years ago. 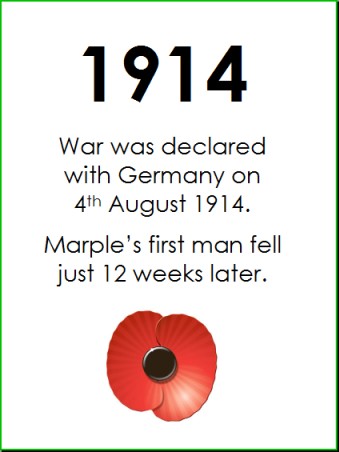 Friends of Marple Memorial Park commemorated the 1914-1918 WWI Centenaries with a timeline display in the park that illustrates the impact of the Great War on the Marple Community (and others like it across the country) and encourages local people to find out more about the Marple Men who sacrificed their lives 100 years ago.

The information on display is replicated here on this web site and on Social Media to bring it to the widest audience we can.

In the summer of 2014 Friends of Marple Memorial Park and Marple Local History Society organised six guided walks led by Fire Fighter Andy Cook, co-author of the book "Remembered - Marple Men who fell in The Great War". The walks were Andy's way of paying tribute to some of the men of Marple who fell during WWI. He led up to 30 people at a time on two different routes around Marple Town Centre showing where some of the 141 men listed on Marple War Memorial had lived. He explained the lives they left to go to war and told how they met their ends in front of the homes they left behind. The walks illustrated the devastation that must have been felt by our town and other communities like it throughout the country. 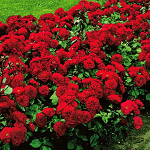 As part of the regular tasks carried out by Friends of the Park, one of the most important to us is the maintenance and improvement of the flowerbeds around the War Memorial. The beds have been vastly improved since since 2001, when the removal of huge conifers that had overgrown and obscured the war memorial kick-started improvements that continue today.

Since the council began making serious cuts in 2011, all maintenance is now carried out by the group and new plants and shrubs are mainly donated, funded by the local community or grown from seed by volunteers. 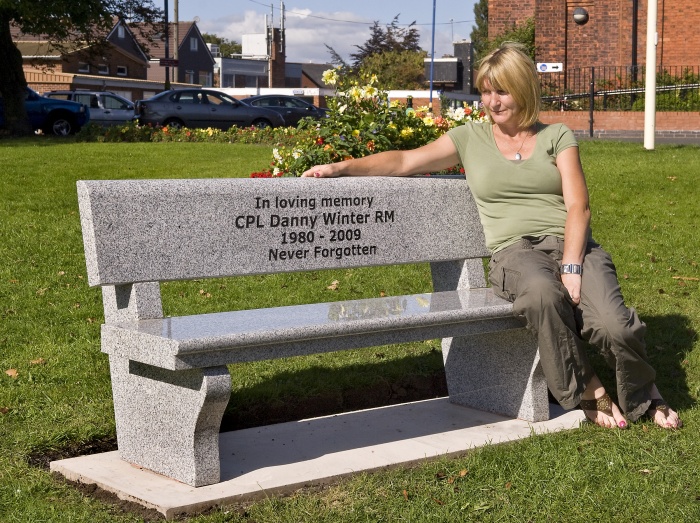 The Friends of Marple Memorial Park would like to commend the family of Danny Winter for the magnificent granite bench that they have had installed in the park in his memory. We must stress that we do not claim any responsibility for this addition to the park and all credit must go to Danny's family. However, we would like to state that we feel it is a fitting tribute to a lost son and a very worthy enhancement to the park. The reason the park is here is because the land was originally given by the Carver and Barlow families in memory of the men of Marple who fell during the Great War of 1914 - 1918 and this makes it all the more appropriate that Marple's latest fallen son should be commemorated in this way. We sincerely hope that Danny will forever remain the latest addition on the memorial and there is never a need to add another. 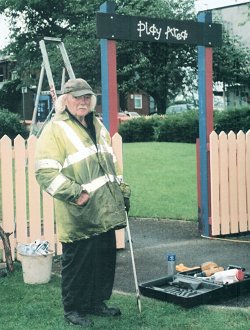 Originally the cottage in Marple Memorial Park was a lodge at one of the entrances to the estate owned by the Carver family. There was also a similar one at the entrance from Stockport Road but this was demolished in the 1950s. In more recent years past the remaining lodge was home to retired park worker Jim Heald and he lived there until his death in 2004. Jim gave over 45 years of service to the park he loved through a variety of jobs and even after he retired in 1994 he still helped in the park, clearing up litter and keeping it tidy voluntarily. One of the Friends group's very first projects was to campaign and raise funds for a bench to commemorate Jim's contribution to the park and this is located near the play areas within sight of his former home.