A very productive day for Friends of the Park!

We fell lucky with the weather and got a huge amount done in the park today. Tasks included a concerted effort to weed and tidy the War Memorial Beds. The low hedge was trimmed and the border redefined on one side too. We also did a bit of tidying in the Reading Circle, as it is going to be used for Story Time by the library on Monday.

We tried out our new cordless battery powered lawnmower in the Band Room garden and the new strimmer too. These have been purchased along with standard and long reach hedge-cutters with an award we received from the Stockport CAN Fund that has allowed us to remove our dependency on petrol powered tools. We were delighted with the results.

We also put a final coat of paint on the Coronation Bench (after another volunteer did the first coat of the seat last week) and it is now ready for the tree to be decorated as part of the Queen's Platinum Jubilee Marple Tree Trail. Two of our volunteers also removed the remains of the 3 trees broken by vandals and the stakes that were driven a long way down.

Earlier this week one of our volunteers also finished painting the library steps and repaired a bench that had lost a slat.

Park visitors donated over £22 in our bucket too, thank you! 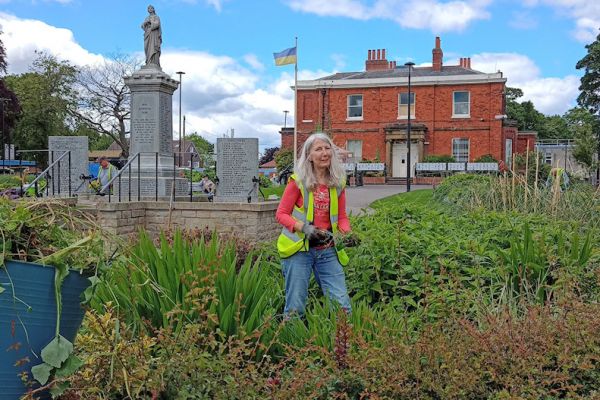 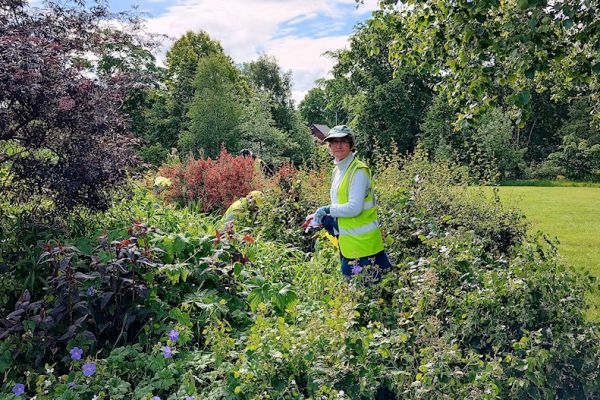 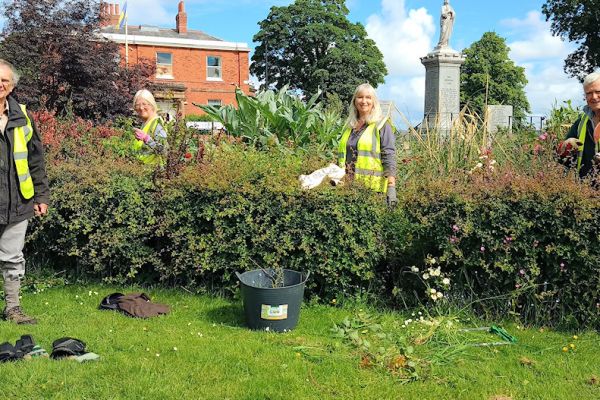 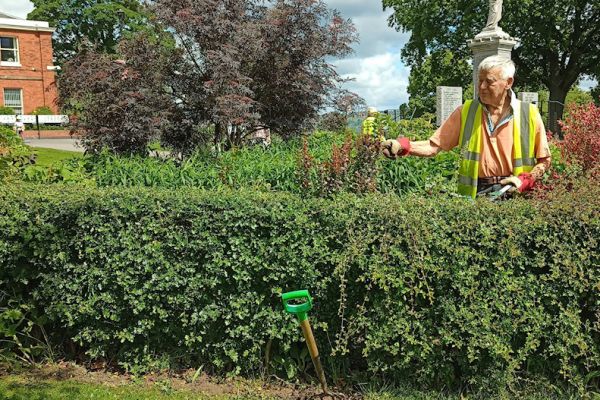 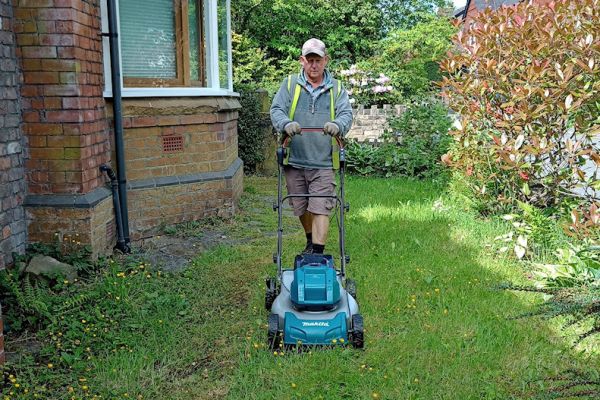 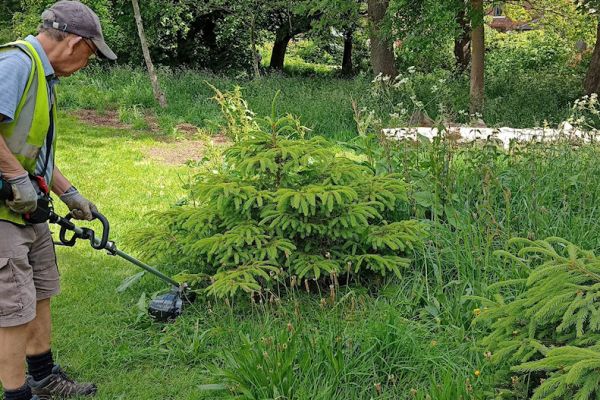 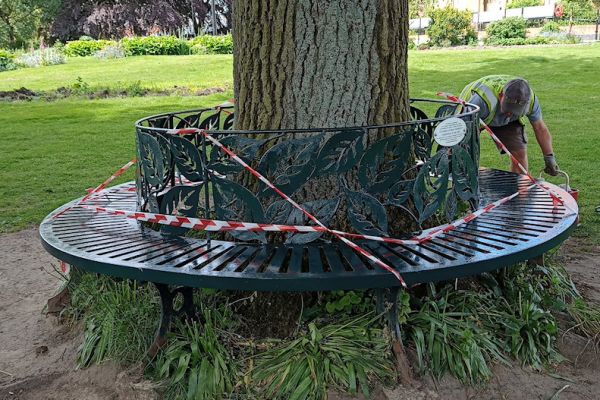 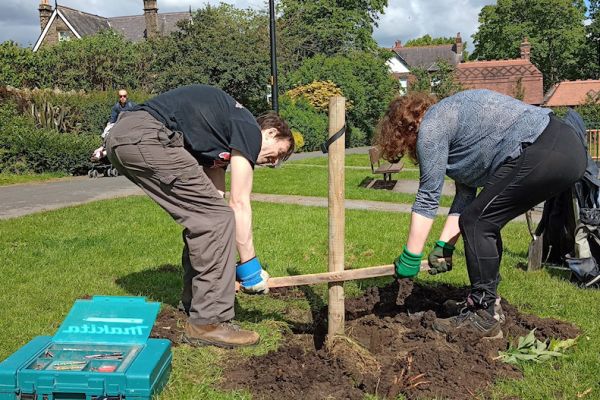 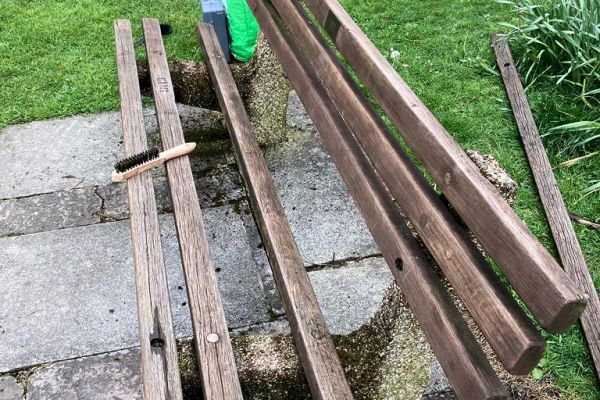 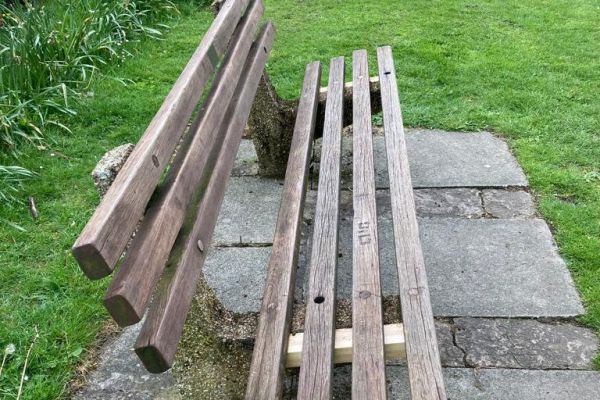 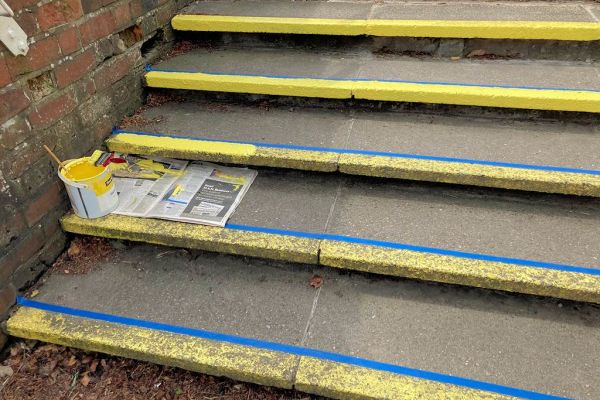 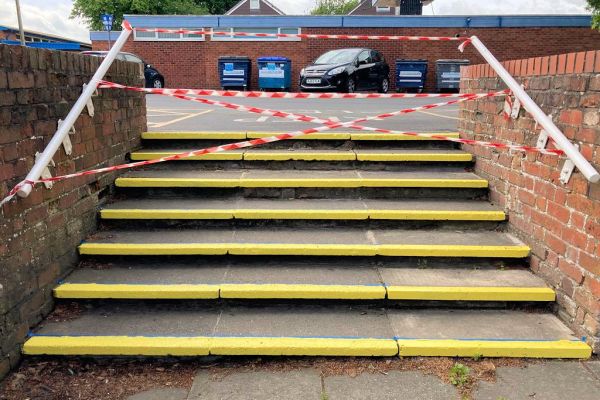